I recently changed from using a Macbook Pro to a newer smaller 15 inch model but I wanted to do a critique of the old machine because it is such a workhorse, and not only survived the rigours but exceeded my expectations from a desktop replacement machine unlike any other laptop I have owned. 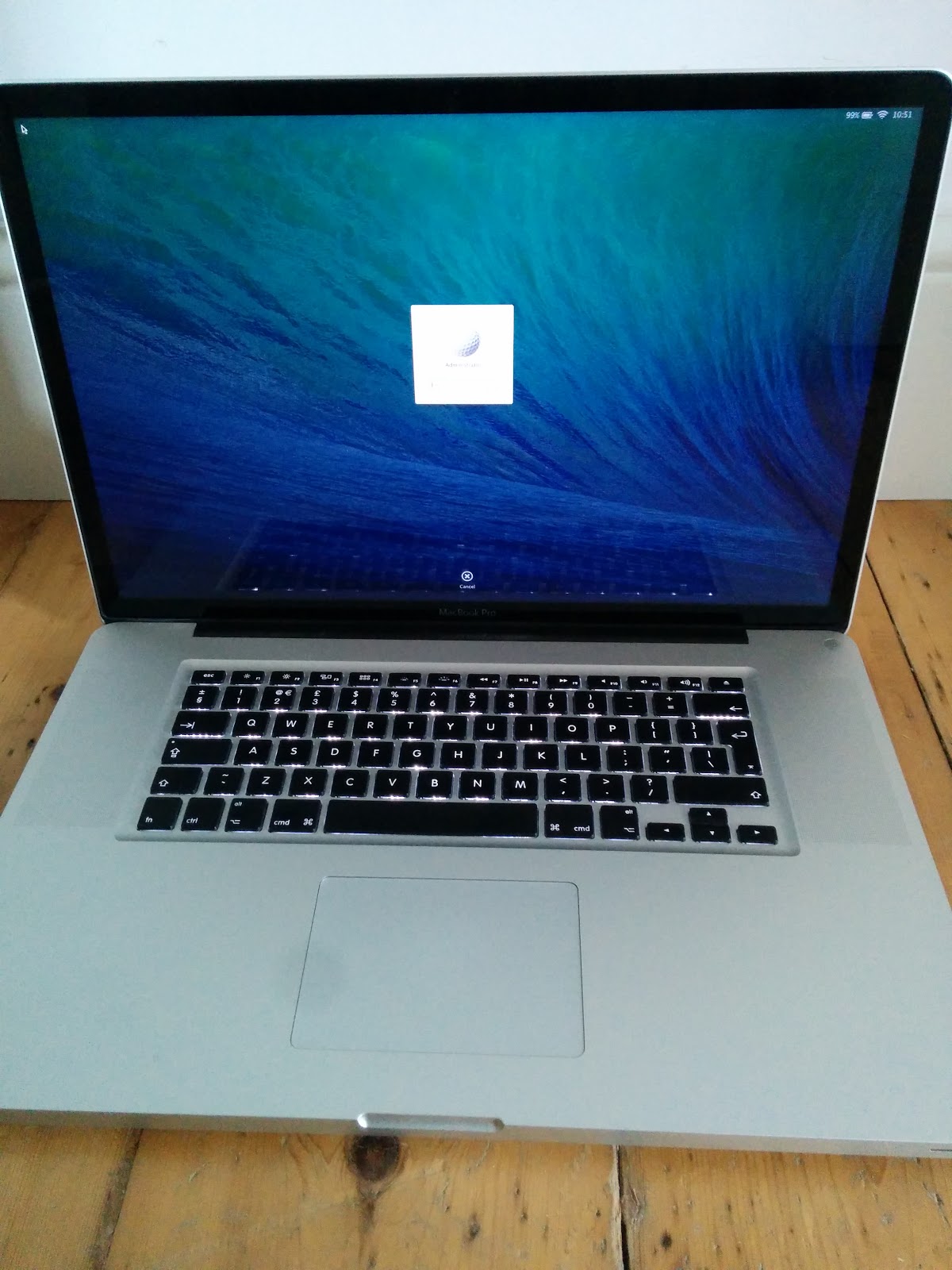 Starting with first contact you can feel that this machine is put together well. I had owned many Dell laptops before this machine and use Lenovos at work currently but nothing I have seen compares to the external simplicity and rugged nature of the Macbooks aluminium case.
Internally its clear that the Apple designers spent a lot of time fitting together the units constituent parts to fit in the chassis as efficiently as possible.

This is an Intel based machine so if you don't like Mac OS then you have the option of installing Windows or Linux, or even multi booting. Personally I used MacOS with a virtual host (VirtualBox, VMWare or Parallels at various times) for alternative OS installations. I found the machine amply capable of running both a host and guest.

Unlike todays machines this Macbook has a full suite of connectivity sockets including LAN, Firewire, Thunderbird and of course USB. Particularly when visiting a new office, when provisioning or configuring other equipment to have all these ports available was extremely useful.

Unlike the modern versions this model of Macbook Pro has screws that you can undo and thus you are able to replace the memory or upgrade the hard drive. I put in 16GB of memory, even though it only officially supports 8, it is widely know to work with 16. I also put in an SSD drive. This transformed the machine from an already capable model into a really fantastic machine.

Not Without Its Faults

This isn't an Apply love-in. The machine did have its faults however they were addressed by the supplier in such a way that they were a non issue.

To date this is without a shadow of a doubt the best laptop machine I've ever owned and in 15 years of programming I've used a lot of machines. I found the extra weight was worth the effort for the beautiful screen. However, I no longer travel so much so I don't need the larger screen that this unit provides so I'm selling it on. I am sure it will go on to provide many useful years of service yet to it's next owner.